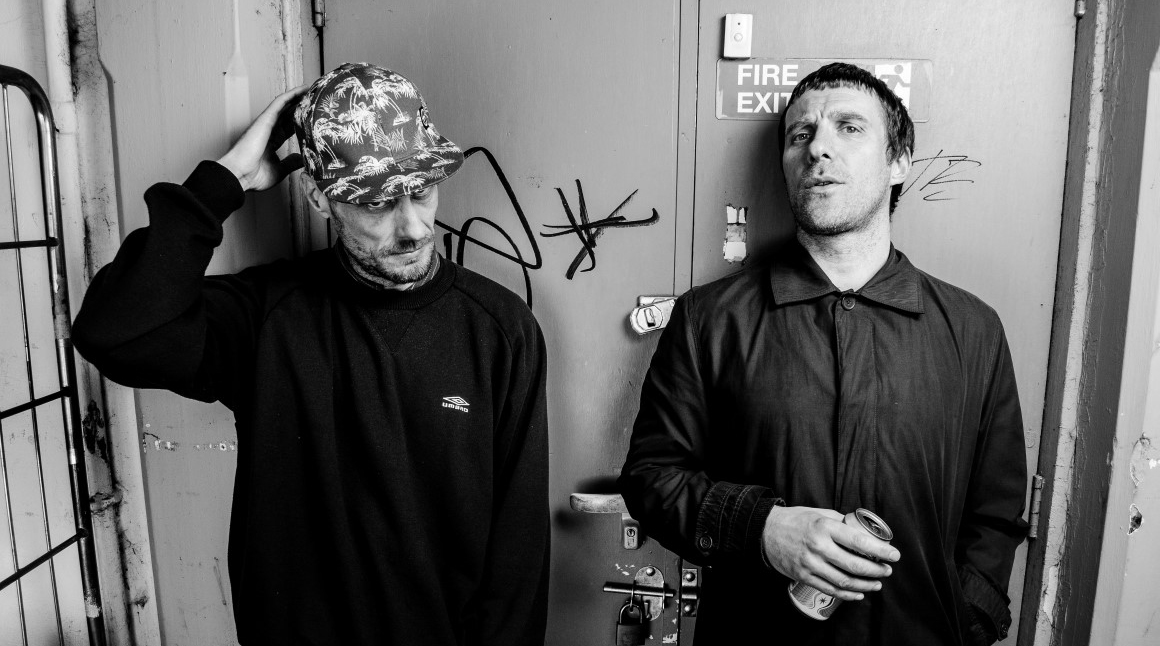 Summer break in the Bundesliga. Werder Bremen is preparing for the next season and so are we. What to do in the meantime? Watching meaningless World Cup games on TV? We don’t really care. But the summer break is also the time to write about interesting stuff, offside the pitch. Popular culture, for example. And since everybody is talking about Nottingham’s Sleaford Mods’ seventh album »Divide and Exit« these days we took the opportunity to ask singer Jason Williamson a few questions.
Williamson represents the antithesis to glamorous pop stardom. He’s from Grantham/Lincolnshire, half an hour by car from the epynomic town called Sleaford. Williamson went to Sleaford to visit the cinema when he was young. That’s it. He’s chosen the name »Sleaford Mods« just because it sounded better than »Grantham Mods«, more like a slogan or a graffiti on a wall. Williamson has worked in a fabric, as part of the british working class, and got in touch with Manchester’s Rave scene. Consequently it was Tony Wilson’s Factory for him and alcohol and drugs instead of assembly lines. Williamson decided to move to London to form a rock band – since british music was a bestseller these days. Without any luck, every attempt fails: »I’ve been in bands, fuckin’ hated it…« Williamson moves back north, to Nottingham, in order to save money. Irony of fate: There he joins forces with DJ and beat conductor Andrew Fearn in 2011 and they decide to give a fuck about music industry’s standards and expectations – and suddenly they get it started: Their idiosyncratic mix of Punk (à la Johnny Rotten), raw Hip-Hop (Wu-Tang and early Mike Skinner) and clattering beats (early Peaches) is falling on sympathetic ears. And deservedly so! The Sleaford Mods’ radical lo-fi aesthetics (two loops instead of three chords) fundamentally reject nowadays clean produced preset-mishmash. Their raw songsketches are uncompromising and angry – far beyond the usual nonconformist cliché. 43 year old Williamson doesn’t mince his words; the lyrics are often close to tourette. Fearn sticks to his minimalism pressing »play« on his laptop (and confines himself to drink and his e-cigarette afterwards). Great stuff!
We’re glad that Jason took his time to answer some questions for us.

Jason, what’s wrong in Nottingham (or generally in the UK) these days? 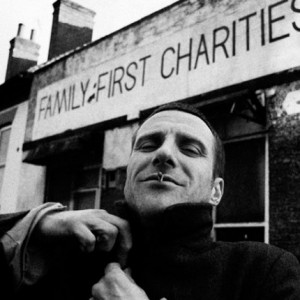 Everything! We are chained to an oiled cog that is beginning to make some seriously bad noises, but its a machine that was never intended to go anywhere or serve a logical purpose. So the people have no regard for it even though they still operate it. Its conclusion will be one surrounded in bone chilling boredom. The end game being an anti climax because its history has been nothing more that a hellish tedium.

Do you remember better times? Which was the first concert you’ve visited, for example? You were into Madchester and Rave as well, if I’m right? Which was the best music performance you’ve experienced as part of the audience?

The first proper gig was Public Enemy at Rock City in Nottingham, October 1987 – brilliant! I like the Stone Roses from that era, The Mondays, The LA’s and a few other bits.

Which are the five most important records of your life? 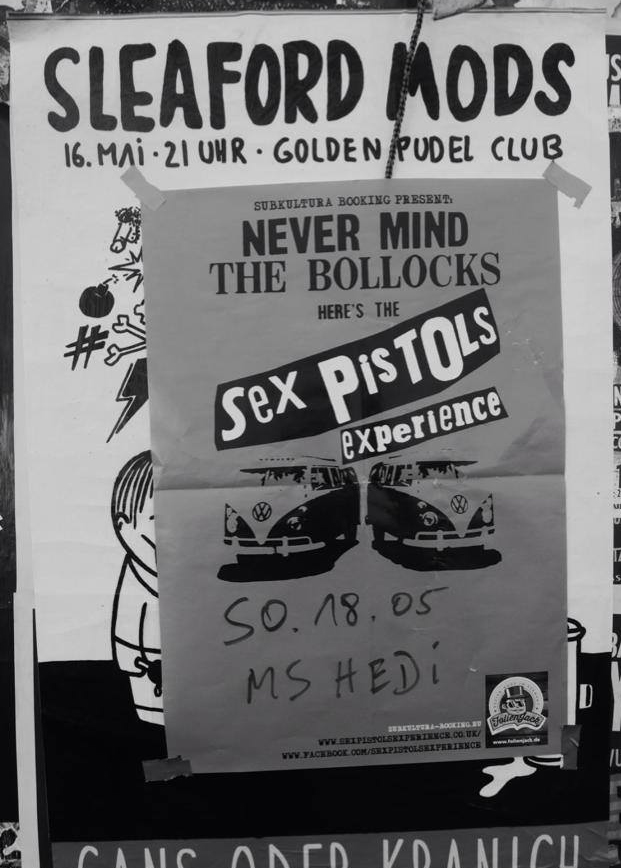 And your five favourite swearwords?

You once called the terraces and terrace culture as direct descendents of Mod culture. Why did Mod lose its rebellious potential? 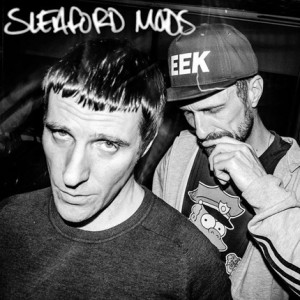 It didn’t really have one! No subculture is rebellious because it allows itself to be monitored. It lost its identity, but only after the last dying gasp of Oasis which was arguably around 1996. After this period any images professing to represent Mod have been false and largely invented for marketable profit. Think of Miles Kane etc.!

You seem to have issues with the Gallagher brothers and the current music scene – did they and the whole Britpop thing sell out British music’s counterculture? When Noel walked into Downing 10 to have a drink with Tony Blair? Or was it earlier? Where and when did British music lose its (anti-establishment) momentum? 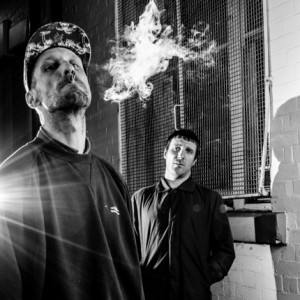 Weller’s »Wildwood« displayed his personal refusal to carry on with social commentary, which isn’t a critque as such – but it entered a phase of ›personal reflection‹ and as a leading figure at the time in Mod this obviously dulled any trend in social attack. It was a very effective album, he reshaped the acoustic singer/songwriter very well and as such caused a trend in the above. The Roses’ debut had been cemented as a classic, but its attack on the political elite wasn’t picked up on. And by the time of Oasis the country was desperate for another Roses – but what they got was a more one-dimensional model, one that carried more nihilism and discard for politics. Oasis embodied the stereotype of Rock ’n‘ Roll but theatrically incorporated the Working Class culture the Stone Roses had hinted at (but had themselves not overplayed). Because of this generally bad adoption Oasis were easily integrated into the capitalist fix and imploded very quickly. Oasis had something you can’t deny that but it couldn’t extend itself due to Noel being unaware of his corruption, he took the ship with him. Today only a vague memory remains of »Definitely Maybe«’s power because it has mostly been buried under his quest to obtain a vast fortune. 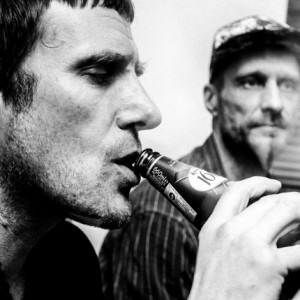 Are you interested in football? Do you support a club?

Can’t be doing with football. And I’m not interested in the World Cup.

What do you associate with the term »modern football«?

Wanna say something to your (future) fans in Germany? When will we see you live over here again?

Fucking love your country! We’ll be back this year again, hopefully.